What You Need To Know!

Till We Meet You In Israel!

Till We Meet You In Israel!

Purchase on arrival: Local SIM cards can be purchased at the airport. Additionally, there are also numerous "telecom" stores in most places, especially in Jerusalem. The SIM cards at the airport are more expensive than elsewhere.  However, once the tour begins, you will not have much time on any given day to do that kind of activity. So if having a local data plan right away is critical for you, my suggestion is to get that at the airport.

You will find counters selling them once you exit into the arrivals hall. Local companies are Golan, Cellcom, Orange, Pellephone, Rami Levy, and possibly others.

Purchase in advance: If you have enough lead time, you can purchase a SIM card and have it mailed to you in advance through a company called SIMtoISRAEL.  While I do not have personal experience with them, they seem to be very reliable and have good customer service.  Here is a link to their site: https://www.simtoisrael.com

Their FAQ page is very helpful in understanding how it works: https://www.simtoisrael.com/faq

Urgent Care:  Israel has great urgent care clinics called, Terem Clinics, all over.  They can take x-rays, give stitches, run blood tests, cast simple breaks, diagnose illnesses, etc.  As a foreigner, there is an upfont fee of about $100 plus the costs of any medications/tests/supplies used.  They will give you full documentation of your visit complete with Dr.'s notes in English so that you can submit it to your insurance for reimbursement (it that is an option for you).

Hospital:  If you have a more serious medical situation, Israel has world-renown hospital medical care.  We've had personal experience at the Haddassah Ein Kerem hospital, and have nothing but the highest of praise for the care we received there.  Make sure that you have copies of any pertinent medical insurance documents you might need to present should you need to be admitted to the hospital.

Overseas Accident/Medical Insurance:  We strongly encourage you to purchase coverage for accidents or medical emergencies that might arise while you are travelling. If your regular insurance does not cover such situations, short-term travel policies are quite affordable, and they do provide thorough and accessible coverage.

SITUATIONAL AWARENESS:  Although is seems impossible from watching the news, Israel is a relatively safe place to visit.  While in Israel, behave in the way you would in any large, urban city. Be careful where you go at night, and travel in groups when possible.  Our group will be together most of the time you are in Israel, but when you are out-and-about, exercise "situational awareness" and be aware of what is happening around you.

PICK-POCKETS:  Israel doesn't have a reputation for rampant pick-pockets; however, you should always take the greatest of care with your passport/cash/credit cards.  You can keep them in a money/passport bag around your waist or neck, or in a deep, interior section of a purse or backpack.

THEFT:  Sadly, there is quite a bit of theft in Israel, so don't ever leave personal possessions laying around unattended.   It will be safe to leave things in the bus with our driver, but other than that, don't leave anything in vehicles.  It will get stolen!

ON DUTY SOLDIERS:  One of the first things you'll notice when you arrive in Israel is the number of people carrying guns. It can be disconcerting.  Soldiers carry them on the streets, in cars and on buses. Soldiers who are in active military service are required to keep their weapons with them at all times, and since so many Israelis are on active duty (all Israeli citizens must serve in the military after high school), it is not uncommon to stand next to someone with a machine gun hanging around their neck. It's a fact of life in Israel and nothing to fear.

Shabbat:  Shabbat (the Sabbath) begins at sundown on Friday evening and lasts till sundown Saturday evening.  It is the Jewish holy day, and for the most part things shut down for Shabbat.

"Hello!":  Israel is a place of many cultures and languages all coming together.  Predominantly you will hear Hebrew and Arabic, although there is large  Russian-speaking population as well.  English is pretty commonly spoken by many Israelis, especially in Jerusalem.

Bathroom "Etiquette":  Many places in the Middle East, having been inhabited for century-upon-century, experience the phenomenon of the modern being built right into the ancient.  This is particularly true in regards to cities' infrastructures.  This comes to bear upon "bathroom etiquette" in that sewage/plumbing systems which are not fully modern can easily get clogged up with toilet paper.  Therefore, you will notice in many of the bathrooms you encounter, that signs are posted kindly asking people to dispose of their TP in the garbage can rather than flushing it.  While this may be very different from what we are used to, it is an important habit to practice to avoid a bathroom disaster!

Files:  If you can't lay your hand on those files I emailed you -- Calendar, Arrival Notes, Tour Information, Contact Information -- it's not a problem!  You can download them again.

Public Transportation:  The main forms of public transportation are buses and the national train service, both offering a convenient, reasonably priced means of travel to nearly every destination in the country.

Tickets can be purchased at the ticket booths in the central bus station in each city or town, or from the driver.  Most of the bus lines do not run on Shabbat or on Jewish holidays.  Service ends on Friday afternoon and resumes Saturday evening.

Taxis are very common and popular forms of transport in Israel. Taxis are widely available and are generally safe and modern cars, with helpful drivers. Within cities, drivers must use the meter unless they agree to a fixed fare with the passenger.  Always insist on the meter.  Travel between cities have fixed fares.

There are surcharges  for calling a taxi (apx. 5 NIS), for luggage (apx. 4.6 NIS/piece) and for hailing a taxi at Ben Gurion airport (apx. 5 NIS).  Night rates have a 25% surcharge, and there is a starting fare of NIS 11 in cities.

It is best to agree on a price with the driver at the start of the journey and if in doubt to insist that the meter is used (they have to do this legally, however will often try to persuade you not to).

It is also convenient to get a taxi to and from Ben Gurion Airport. Here there are fixed fares and a dispatcher who organizes the process.

Taxi Apps in Israel:  Generally taxi apps are a great way to take a taxi in Israel. When you use the popular apps like Gett and Uber, prices are linked to the app and automatically meter at regulated rates within cities, and a fixed price list out of town. The apps all work in English, and the drivers are generally better, being rated by customers and more service orientated. Because of the competition in the market, none of the main taxi-apps in Israel charge to order a cab.

Gett is much more widely used in Israel than is Uber, however you can use either.  Simple download the apps to your phone and set it up with your information.

Seasonal Conditions:  Israel enjoys long, warm, dry summers (April-October) and generally mild winters (November-March), with somewhat drier, cooler weather in hilly regions, such as Jerusalem and Safed. Rainfall is relatively heavy in the north and center of the country with much less in the northern Negev and almost negligible amounts in the southern areas. Regional conditions vary considerably, with humid summers and mild winters on the coast; dry summers and moderately cold winters in the hill regions; hot dry summers and pleasant winters in the Jordan Valley and year-round semi-desert conditions in the Negev.

What to expect in March:  Typically the cold and rain of winter are beginning to subside, however you can experience rain showers so light rain gear is important to have.  Morning and nights are cold/cool with the temperature rising to pleasant warm but not hot levels during the day.  As far as how to dress, use layers that you can put on and take off as needed.

Still didn't find the answer you are looking for?

We are looking forward to seeing you in Israel!

Below are resources you can watch to prepare for our trip.
As one of our tour participants, you can download any or all of these resources for free.
(We would ask you not to freely share these download links with others, as there is normally a cost to buy them) 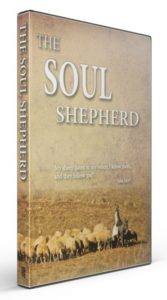 The Bible calls us sheep.  How are we all "like sheep who have gone astray"? What does the Bible mean when it calls Jesus "the Shepherd of our Souls"? 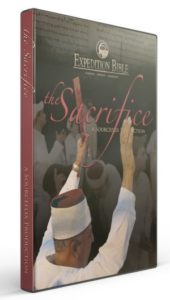 What was the sacrificial system in the Old Testament all about?  Why did God require animals to be sacrificed?  Why are sacrifices no longer needed? 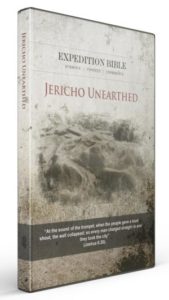 The walls of Jericho came tumblin' down, but what caused them to fall?  Does archaeology agree with the Biblical account of Joshua and Jericho?

Is the resurrection history or myth?  Could it be true that the bones of Jesus of Nazareth have really been found?   And, what are the consequences if they have?

Over 4,000 years of history have played out on this one particular spot, a location specifically chosen by God to accomplish His sovereign purposes.

The Bible calls us "sheep".  As sheep we have the ability to follow and obey or to  turn our own way.  However, going our own way is to our disaster.

This video short gives you a bird's-eye view of some of the tels of the ancient Biblical cities scattered throughout Israel.

The Old City is a no fly zone. However, we received special permission and had one take at flying over the Old City.  We couldn't see what the camera saw due to a monitor malfunction, but here is what we captured.

The oldest inscription of the name "Yahweh" is found on a pillar in the temple of Amenhotep III in Upper Egypt (modern day Sudan). Listen to Joel teaching about the profound significance of this inscription and the name, "Yahweh".

He is the Potter, I am the clay. And what is the outcome of yielding myself to His care, His control, His concentration, His pressure? It is His delighted satisfaction! May you be blessed as you yield to the Potter, your Master Creator.

The topography of this biblical area as it was in the time of Abraham:  ridges, valleys and hills which have changed very little over several thousand years and which are the landscapes for the stories of Abraham and Isaac, King David and Christ.

As you watch, ponder the metaphor of our human souls as sheep needing the care of a shepherd. Let the visuals and scriptures help you see more clearly your relationship with "our Lord Jesus, that great Shepherd of the sheep". (Hebrews 13:20)

The valley where David fought Goliath

The City of Shechem Panorama

The place where Jesus talked to the Samaritan woman at Jacob's Well.